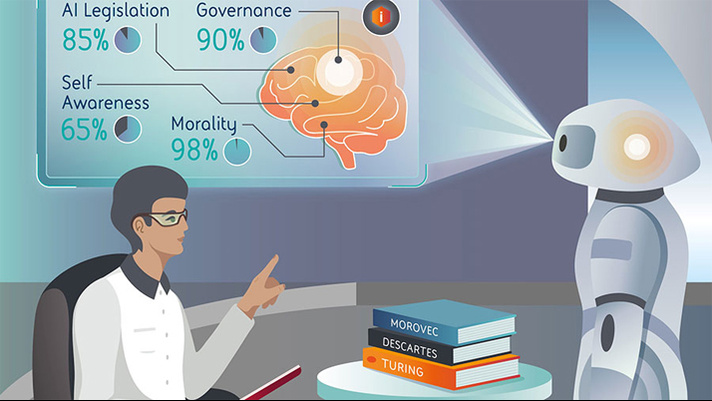 Venturefest South Headline Partner, BAE Systems explore what futurists predict the top careers by 2040 will be.

Emerging technologies such as Virtual Reality (VR), Artificial Intelligence (AI) and Robotics will influence the careers we do in the future.

On A-Level results day, we have found that almost half of young people (47%) aged between 16-24 believe that one day they will work in a role that doesn’t exist yet, but only one in five (18%) think they are equipped with the skills required to future-proof their careers. Three quarters (74%) also feel that they are not getting enough information about careers that will be available in the future.

These are the findings of our new study, which also revealed that 70% of young people want more guidance on the skills that will be in demand in the next 20 years to help make informed decisions on further education and careers.

In response to these findings, our futurists and technologists have predicted the top job roles likely to exist by the year 2040 and the areas of study that students should pursue to equip them with relevant skills.

“Advances in technology, engineering and science, mean the workplace of today will look dramatically different in 2040. Whilst it’s impossible for today’s young people to know exactly where their career will take them in the next 20 years, a wide range of skills will be useful in future-proofing the careers of young people today. Indeed, subjects as varied as Graphic Design, Philosophy, Chemical Engineering and Cybersecurity will prove valuable for the jobs of tomorrow.”

AI, VR and Robotics are all emerging technologies identified as fields for some of the top careers of the future, with Robotics, Graphic Design and Philosophy named as some of the most useful subjects to study to gain relevant skills to future-proof your career.