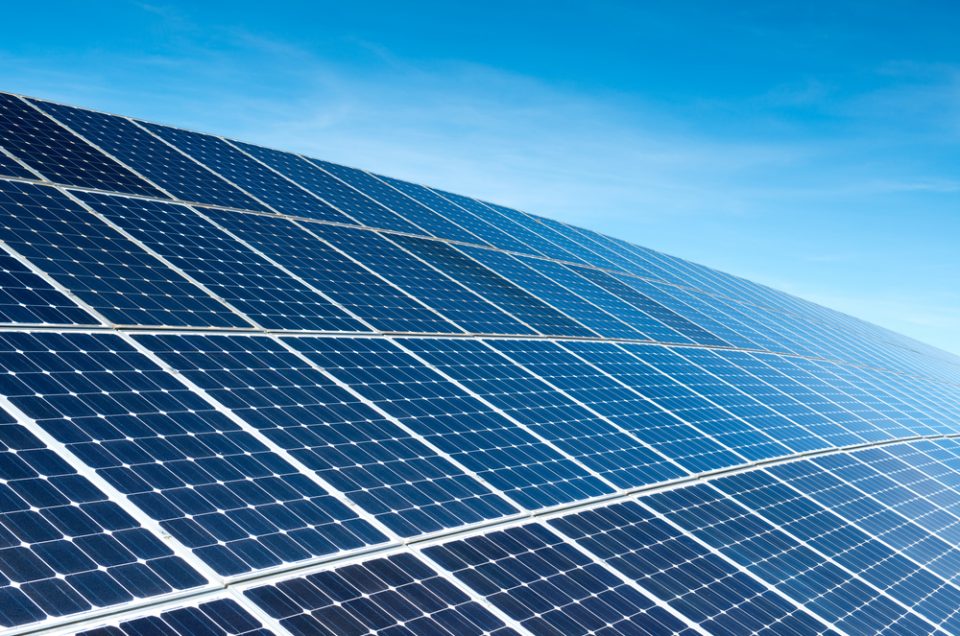 Portsmouth City Council’s Energy Services Team have selected a partner to deliver a ground-breaking solar and battery installation at Portsmouth International Port. The system, to be installed by Custom Solar, will incorporate roof-mounted solar panels across a number of buildings, a large battery and solar canopies.

The installation will begin in the new year and is expected to be completed by the summer. When complete, the power produced by the 1,670 solar panels will contribute around 30% of the site’s power; a significant step in Portsmouth International Port’s ambition to be the UK’s first net zero carbon port.

As well as generating carbon-free power, the solar canopies will provide shade for cars waiting to board ferries; allowing them to stay cooler for longer, without having to run their engines. The canopies also provide the infrastructure to support additional electric vehicle (EV) charge-points.

The battery, with a capacity of 1 megawatt hour (enough to run a typical home for 3 ½ months), will capture green power that would otherwise be exported from the site and using it in the Port’s buildings when it is needed.

The new battery will work in tandem with an upcoming battery storage pilot announced in the summer; supplying balancing services to the national grid and storing power during lower pricing periods. When complete, it is estimated that 98% of the electricity consumed by the Port will come from the solar and battery, combined.

Commenting on the project, Cllr Dave Ashmore, Portsmouth City Council’s Cabinet Member of Environment and Climate Change said: “This upcoming project is another brilliant example of the fantastic work the council is doing to reduce Portsmouth’s carbon emissions, in line with our commitment to reduce carbon emissions to net zero by 2030.

Jerry Clarke, senior project manager and assistant harbour master at Portsmouth International Port added: “The port is owned by the people of Portsmouth, so we have a duty to control and reduce the impact of port operations on the local environment.

“We’re delighted to work with the wider council and Custom Solar on this exciting project. It will significantly expand our solar generating capability, and is part of an integrated approach that has seen us invest in electric vehicles that will be powered by our own renewable energy.

“Combined with other measures in our carbon reduction plan, it will help us achieve our ambition of becoming one of the UK’s first net carbon neutral ports”.

The work is the latest in a series of solar and battery projects being managed by the council’s in-house energy services team. The team procured Custom Solar after a competitive tender exercise through the council’s newly established PV and Storage framework.

Gary Sucharewycz, Custom Solar’s Development Director commented on the upcoming PIP project, “We are very proud to have been selected to work with Portsmouth City Council on this exciting and innovative project. This will be a major flagship project in the industry and will be developed and designed to maximise the opportunity for reducing emissions and energy from the grid, utilising solar and large-scale battery storage.

The project will also showcase the ability to deploy rooftop solar and a major solar canopy solution in a busy operational environment, with a strategy being developed alongside Portsmouth City Council for maximising the generated power and storage solution”.